Communicating with
Respect and Compassion

REVIEWED AND ENDORSED BY: 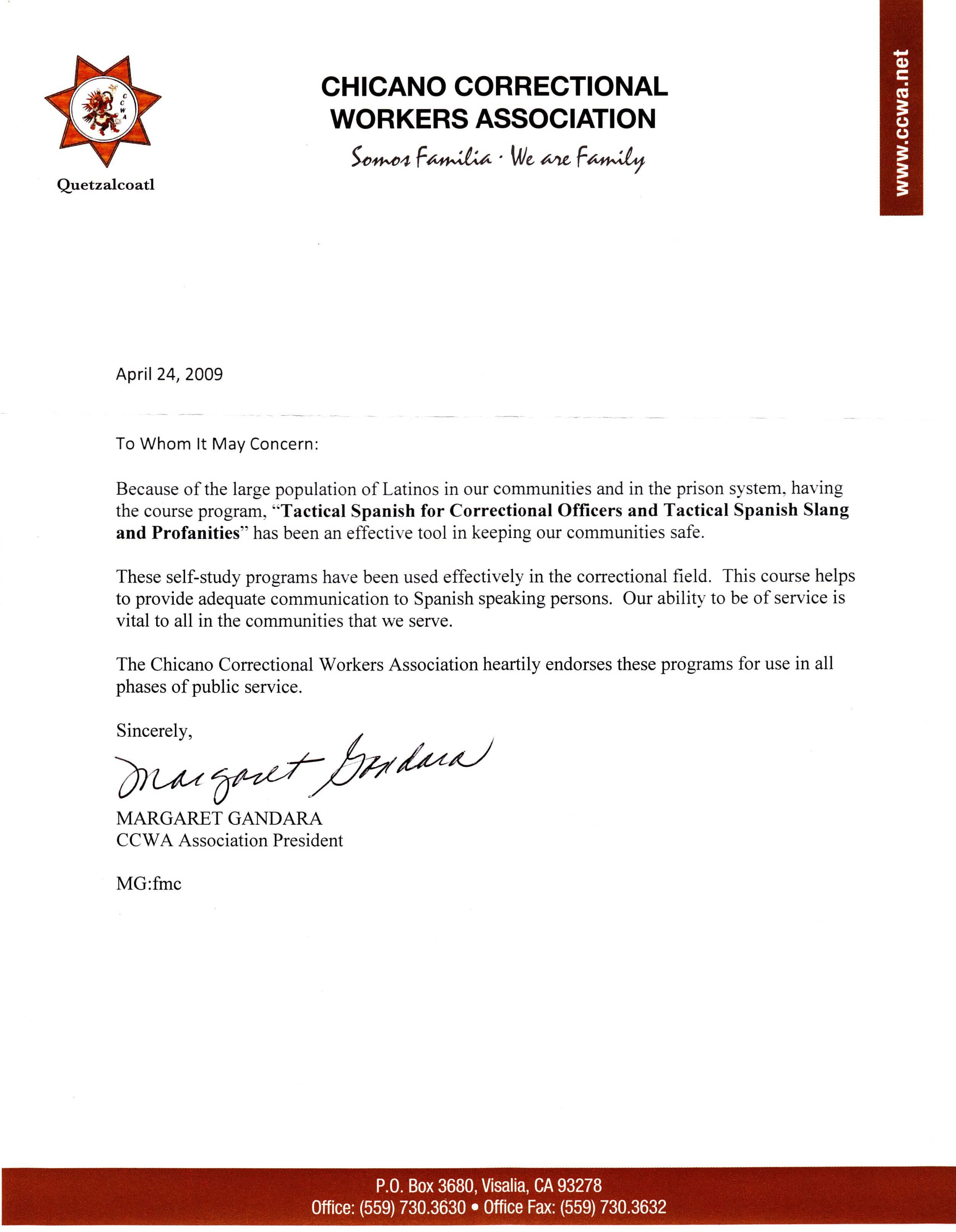 In the increasingly diverse communities we serve as Firefighters and Emergency Responders much of the population have limited English language skills. Over 30 million Americans, roughly 12% of the population, speak Spanish as a first or second language making Spanish easily the country's second most spoken language; the United States thus has the fifth largest Spanish speaking population in the world; after Mexico, Spain, Colombia and Argentina.

The National Association of Hispanic Firefighters has reviewed and endorsed Tactical Spanish for Firefighters/ EMS Personnel. We believe that your completion of this course will significantly enhance your ability to serve your community more safely and effectively.

You'll be able to communicate adequately in Spanish in real life Firefighter/ EMS scenarios including performing medical examinations, firefighting, prevention and fire safety etc. Thank you for your efforts to better serve your community.

Learn job-related Spanish for Police Officers, Firefighter & EMS or Correctional Officers at your own pace and time.

Courses for Police Officers, Firefighter and EMS,
and Correctional Officers.

“Tactical Spanish for Law Enforcement Officers” course is a 4+ hour self-study audio program with a Workbook.

In this section you will learn some basic commands and questions for a Routine Traffic Stop and asking questions to adults and children with the verbs: to speak, to understand, to have and to know.

Let’s start with the commands.
Notice the different ending between Formal and Informal Commands.
Listen and Repeat the Spanish Words.

If you need to request a phone number, take a short cut and simply use the word “teléfono”.

Add this verb to the previous question

And the informal way when you speak with children, teenagers or friends :

And the informal Spanish for

The answer to this question can be:

So far you have learned 4 verbs: “speak”, “understand”, “have” and “know”.
To make a statement or to ask a question in Formal or Informal Spanish, you can use the same words, but to ask a question, all you do is raise the tone of your voice at the end of the phrase.

By raising the tone of your voice at the end, the verbs become a question, either for an adult or for a young person. Listen and Repeat!

In many countries in LatinAmerica armed forces and police are not regarded with respect but with fear and suspicion, because of their corrupt and criminal behaviour. Low salaries, inadequate training and a long tradition of bribes (mordidas – literally bites) converts the average traffic cop into an habitual lawbreaker.

There are dozens of  police units in Mexico including: Riot Police, Customs Police, Highway Police, Federal Judicial Police, State Judicial Police, etc. The last two groups are also called : federales and judiciales, which are the most feared kind of police. As Mexicans say: If you see a cop coming on your left and a thief coming on your right, it’s better to go with the latter”.

You are going to conduct a basic traffic stop.The person is a male adult. It’s 10:00 in the evening. Please tell him:

Listen to the phrases at normal speed.

Complete the missing parts of this dialogue using Formal Spanish

Complete the missing parts of this dialogue using Informal Spanish

“Tactical Spanish for Firefighters and EMS” course is a 3 hour self-study audio program
with a Workbook.

Listen and repeat the Spanish Words

Let’s use the previous words in the following questions:

The most common way that a Spanish speaking person will use to describe pain is with the phrase: Me duele… followed by a body part: for example: Me duele el pecho (my chest hurts); Me duelen los pies (my feet hurt).

Other ways to express pain are the following:

Others words that people use instead of “estómago” are the following: Panza and Barriga; both mean belly. If you are talking to a child, you can use the diminutive: “pancita” or “barriguita”. “Panzón”  or “Barrigón” is applied to a male that has a big belly. “Panzona” literally means that a female has a big belly but can it can also be used as a vulgar way to say ‘pregnant’, for example: “Maria está panzona” (María is pregnant) or “María salió panzona” (María got pregnant).

This is the end of Unit 8

Change the phrases or questions into Informal Spanish

“Tactical Spanish for Correctional Officers” is a 4+ hour self-study audio program
with a Workbook.

Unit 19 – Rules for Inmates and Visitors

In this unit, you will learn some basic rules for Inmates and Visitors.

I am impressed with your Spanish!         Estoy impresionada con su Español!

Please complete the exercises for this unit.

Exercise 19:  Rules for Inmates and Visitors

There are two versions of each of the following rules for inmates. One is unlikely to be used in any correctional facility. Circle the unlikely rule and write the correct rule.

Connect with the Latino community by understanding how to communicate their everyday Spanish, including slang and profanities. “Tactical Spanish Slang and Profanities” is a 1+ hour self-study audio program along with a 36-page Workbook.

If you’re not satisfied, return the course within 30 days for a full refund.

I started the Tactical Spanish for Law Enforcement Officers and I enjoyed it. The course contains much more than I’ve had to use so far. The vocabulary is simple enough to use on the street. It is closer to the vernacular than any other Spanish course I’ve seen. The Slang and Profanities section was very useful. It made me more believable to those to whom I was speaking. It was much easier to establish a rapport. The course is easy and has a natural flow that helps learning.

I feel MUCH more confident with my Spanish. It helped give me the courage to do the total immersion in Zacatecas, Mexico!!
Police Officer Michael BrookmanMorgan Hill Police Department, Morgan Hill, CA
Your course Tactical Spanish for Law Enforcement Officers helped me a lot in my job as a Federal Police Officer. It was very easy to use and I think my confidence has increased immensely in communicating with Spanish speaking individuals while at work.
Officer Ruth Anne JonesPearl Harbor Police Department, Pearl Harbor, HI